Let’s delve deeper into bitcoin mining to understand how does Bitcoin mining work and how it affects investors and bitcoin transactions.

What Is Bitcoin Mining?

Bitcoin mining helps to maintain the blockchain, the bitcoin ledger. By validating transactions, miners contribute to blockchain upkeep by giving verifiable information about users’ balances and transaction histories. The blockchain’s upkeep also helps stop fraudulent activity and transactions, such trying to send money that you don’t have.

Bitcoin miners, in contrast to gold miners, are not regular people with shovels and picks but rather owners of expensive computing equipment. Bitcoin miners engage in a race to validate transactions in the cryptocurrency in order to earn incentives. Although everyone can mine Bitcoin, doing so profitably is challenging due to the high energy and computational costs involved.

How Does Bitcoin Mining Work?

Bitcoin miners need access to a cheap energy supply and must first invest in computers with mining-specific gear.

A “block” is a collection of Bitcoin transactions waiting for confirmation. The blocks that make up the blockchain are built in a certain order, much like the links in a chain.

Information about the sender and receiver of each bitcoin transaction is recorded in each block. So it’s just as important to ensure the previous and subsequent blocks in a chain have been verified for integrity.

Each block includes a set of cryptographic rules (difficult mathematical functions), and miners’ work is to validate this hash. These rules also make it very difficult for any malicious actor to insert or remove blocks from the blockchain in order to wreak havoc.

Bitcoin mining employs hashes to protect the integrity of the transaction chain and to prevent tampering with blocks. Bitcoin miners compete to solve challenging mathematical operations in order to estimate these hashes and process Bitcoin transactions.

The transaction fee is added to the Bitcoin and handed to the successful miners. As of June 2022, a miner who has successfully mined a block will be rewarded 6.25 bitcoin. After a miner confirms a block of transactions, the block is broadcast to all other miners and any other device with a full copy of the Bitcoin blockchain. (They are known as nodes.)

Multiple computers all around the world keeping identical copies of the blockchain generate and maintain a trustworthy, verified history that is nearly impossible to hack or fake.

Why should I mine Bitcoin?

If you want to mine Bitcoins on your own and make a profit, you’ll likely need specialized equipment. In addition to the transaction fee already indicated, successful miners can earn 6.25 BTC for verifying each block (also paid in bitcoin).

Mining hardware with a graphics processing unit (GPU) or application specific integrated circuit (ASIC) is usually more efficient than regular computers like your laptop or desktop (which rely on a central processing unit chip to handle its core duties) (ASICs).

But, does it pay off to mine Bitcoin? It is hard to say. Bitcoin mining could not be worth it for lone miners due to many causes.

Your local electricity costs, the cost of the equipment, and the amount of available internet bandwidth should all be considered. Bitcoin mining consumes large amounts of electricity. To generate income, you’ll need to either have access to cheap electricity or install solar panels on your roof.

You also need an ISP that does not penalize you financially if you go over your allotted data usage.

There will be a maximum of 21 million bitcoin in circulation. In June of 2022, almost 19 million had been extracted. 8 Because of Bitcoin’s limited supply, mining it is prohibitively difficult for anyone without access to extremely robust computing resources.

How to Begin Bitcoin Mining

Do you need detailed instructions on how to mine Bitcoin? Bitcoin mining is not simple, but anyone with the right equipment and basic knowledge can give it a try. If you’re interested in getting into bitcoin mining, you can get started with just a few basic steps:

As a first step, select the mining hardware that will be used. Many newbies to bitcoin mining get their feet wet with an outdated PC and learn the ropes there. A graphics processing unit (GPU) or application-specific integrated circuit (ASIC) miner is the kind of hardware you need if you want to mine cryptocurrencies on a large scale.

To successfully mine Bitcoins, you’ll also need a fast internet connection, with a minimum upload and download speed of 50 kilobytes per second. In a typical month, Bitcoin mining nodes can send and receive as much as 200 GB of data.

Choose between solo and pooled mining

After that, you can choose between mining independently and working with other miners. Many people join a mining pool for more predictable cryptocurrency earnings because a solo mine is less likely to be consistently profitable.

Install and set up the Bitcoin mining software

Installing your bitcoin mining software is now necessary. You can select from a variety of mining applications depending on your hardware, operating system, and other elements. Here are some of the most well-known cryptocurrency mining programs.

If everything is ready to go for mining, you can press the button. When that time comes, you can sit back and watch your computer earn bitcoin while you do something else. In order to maximize your chances of earning bitcoin mining rewards, you should leave your mining rig on 24/7. However, most mining rigs need to be run for at least six hours every day.

Keep an eye on and adjust your mining rig.

Bitcoin mining is largely passive, but it’s not entirely hands-off. Monitoring the efficiency and output of your mining machinery is essential for maximizing your operation’s productivity and profits. Modifying the settings just a bit can multiply your profits occasionally.

This is Anthony’s writing. Feel free to share this well-researched article on how does Bitcoin mining work with your friends on social media. 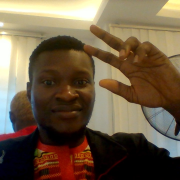 Anthony George is the chief executive officer of profitsfinancesite.com. He created the platform with the sole aim of catering for the needs of the public when it comes to finding solutions in the areas of finance , tech, loans etc. He loves honest and truthful people, reads books a lot and always loves to share his ideas as well as learn from others because he believes no one knows it all.

With Product You Purchase

How to Open a Bank Account on Your Phone

What is Online Banking | Detailed Explanation

How to Invest in Cryptocurrency

What is Staking in Crypto | Detailed Explanation

This widget requries the Arqam Lite Plugin, You can install it from the Theme settings menu > Install Plugins.

Weather
You need to set the Weather API Key in the theme options page > Integrations.